Welcome to Unbox’s “Viral Fridays” where we feature weirder than usual tech and geek related news to cap out the week.

Meet Stephen Barnes, a 59-year-old owner of an appliance shop in Houston, Texas. This “serious business” entrepreneur is also a leader in one of the oldest, most influential clans in Modern War, an online mobile game. Barnes has also spent a staggering amount of $2 million on the game over the course of 4 years. Damn, man! That’s a lot of disposable income from being an appliance store owner.

Mr. Barnes is one of those “whales” in gaming jargon – the magical 2-3% of a game’s users that spend an inordinate amount of cash to become its top dawgs. They’re also the ones that keep the game alive with their money, so it’s common to see devs and publishers catering to their wants and needs.

Barnes said that he downloaded the game on a whim in November 2011. Like most casual players, he wasn’t planning on spending money. He didn’t even know he could, at first. Then, things changed. “I started getting my ass kicked. I figured I had to spend money real quick. Within two weeks,” he said. The rest, as they say, is gaming history.

Currently, Barnes is embroiled in a large boycott of the game, along with 144 other guilds. They’re calling for fixes and changes to the game, and have stopped supporting Modern War until their demands are met. Whoa, that’s one way to force the hand of the game developers.

“We had frustrations that built up for a long time. But we are not trying to torpedo Gree. We have passion for the game,” he remarked. 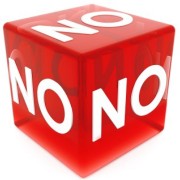 GoDaddy Empowers MSMEs in the Philippines with E-Store Feature

GoDaddy Empowers MSMEs in the Philippines with E-Store Feature

A Closer Look At Moto's Mods